Boston’s cannabis culture has operated underground for more than half a century. In coming weeks, with the opening of the first legal state-licensed retail stores, it will finally emerge into the open light.

Ultimately, Boston needs a cannabis culture of its own that’s unique to the people here and reflects who we are. We don’t need to be East Coast Colorado or California-on-the-Charles. Those are fun things to say, and it makes for a tight soundbite, but as a roadmap to regional identity, I’m against it. We’re not Colorado. We’re not California. We’re Boston. And I dare you to try to find someone who doesn’t hear that and beam with pride.

The potential here is vast.

In Boston proper, as well as in Dorchester, Roxbury, and the surrounding townships, you have creative, artsy groups meshing the gothic and alternative stoner cultures together in fun and colorful ways. I love these folks.

And yes, the parties are as fun as you’d imagine.

Until now, most of Boston’s public cannabis events have been focused on education and advocacy—the important stuff that moves agendas. The Boston Freedom Rally, a multiday extravaganza of cannabis education, outreach, activism, and celebration, is nearing its third decade. 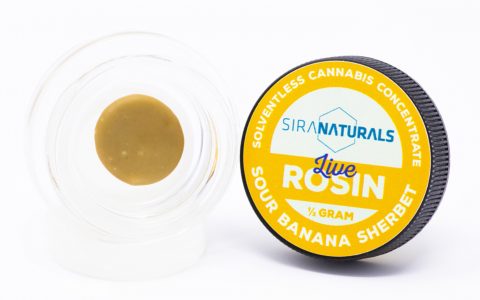 Even giving those events their proper due, it’s clear that Boston lacks the visible, open cannabis scene that exist in other 420-friendly municipalities, like LA, San Francisco, Denver, Seattle, and Portland. But it doesn’t have to.

The potential here is vast. In the coming weeks and months, Boston can carve out its own robust cannabis identity. We have a culture of excellence here in Massachusetts. We value science, medicine, and education. We’re a technology hub that cultivates talent at the highest levels. We also value hard work, grit, and determination. Our sports culture is founded on a tradition of resilience and excellence. Our heroes are tough, show-up-to-work types: Dustin Pedroia, Big Papi, Joan Benoit, Robert Parish, Bobby Orr.

I‘ve never been arrested for cannabis, but it was common in the neighborhood where I grew up. A handful of my childhood friends have been arrested on petty cannabis charges, putting them in the embrace of our criminal justice system. Some of them were taken in so often that they came to anticipate each nuance of the criminal justice system—at age 13. They seemed to navigate the system with a patience and understanding I could never comprehend.

One of my friends navigated the system so well that he represented himself in a lawsuit against a local municipality for false imprisonment—and won.

I consider myself a pretty square guy. I went to college in Boston. Went to grad school in Boston. Got a job in corporate Boston after college, and held a few other quasi-corporate positions before going out on my own and becoming an entrepreneur.

My experience has allowed me to understand corporate culture. I know how to navigate a conference room conversation with the same ease that my friends, who were arrested in their teens, exhibited while surviving the criminal justice system.

Today, I’m an equity candidate in Massachusetts’ grand experiment in cannabis economic participation. I’m actively navigating the cannabis licensing space. My corporate training has given me and my business partner somewhat of a leg up when it comes to the strange dynamics and nuances of the process.

Most groups looking to enter the industry hire law firms to help them navigate the painstaking license application process. (Those who can afford it, that is.) My team consist of just two guys, a handful of resources, and information. I imagine other equity applicants are approaching the process with similar limitations.